One of my twins, Russell, was born a risk taker. When he was a toddler, my wife Sarah and I spent a lot of time sprinting across rooms and playgrounds and driving him to the ER for stitches. When the principal of his elementary school gave an opening tour of a new school building that had just been finished, he pointed to the high fencing on a third story bridge between buildings and told the crowd that this was but one example of how they “Russell-proofed” the building for safety.

I wanted him to be comfortable taking big swings.

We need to encourage risk-taking in our society. Risk-taking teaches us how to achieve success by working around obstacles. Risk-taking inspires us to take unthought-of approaches to solve problems. With risks of course, there also always comes failure. And that’s good, too. With every miss, there’s a learning one can take away to make their effort stronger, better, faster the next time. It’s rare a batter hits a home run their first time at bat.

As Americans, risk-taking defines us in so many ways. Our country started as a risk — as The Great Experiment in democracy and freedom — that today has grown to a world powerhouse. And it’s what helps us prosper, fix problems, create jobs and create a better world.

The American engine of innovation is directly tied to our willingness to take risks. To have a vision and a passion for how we can cure a disease, put a person on the moon, or launch a product that can make people happier and their everyday lives easier.

Risk-taking and innovation don’t just happen in a vacuum. Countries around the world have tried to emulate and replicate the start-up, Silicon Valley, bet-the-ranch entrepreneurialism for which we are known. Some are certainly making progress. Others have copied what they think is the formula — but none have achieved or surpassed us.

It has taken us generations of thinkers and doers to get to where we are today. And as much as I know it’s the spirit of risk-taking as the cornerstone of innovation, there are other key contributing factors that leaders, companies and organizations should hold fast to make sure we continue to take the big swings.

1. Promote a Culture of “Intraprenuership”

Some of the best ideas can be sparked from within an organization. Employees at too many companies are down in the weeds, caught up in their day-to-day. Great companies are those that foster a culture of internal entrepreneurship or, let’s make up a word, “intraprenuership.” These companies are places where employees are encouraged and expected to step forward with their ideas. It doesn’t happen on its own. Intrapraneurship needs to be clearly laid out in concept and principles within an organization’s mission, vision, and values. And it also doesn’t work without leadership support and a framework for it to take place. It can be encouraged by giving small teams autonomy to work on projects, by giving employees time to get away from the day-to-day through hackathons, and most of all by leaders having an open ear to new ideas.

Bill Gates, Steve Ballmer, and the early Microsoft leadership were huge supporters of intrapreneurship. The first company I founded, Expedia, started as an idea within Microsoft. When I pitched the idea to Bill, I first wanted him to fund it outside of Microsoft. He just laughed, and said, “Start it here. Let’s see what happens.”

I’ve always set BHAGs for my team. One example is the goal I set out for Zillow’s first director of communications: attract one million users per month by month six, without a dollar of marketing spend. It seemed crazy when I proposed it, but she did it — and then some — we hit one million users in the first three days. In fact, our site crashed that first week because we had so many visitors. Earlier, when I launched Expedia, our BHAG was to become the largest seller of travel in the world — which is now true.

The goal should always be to achieve a BHAG, but the most important part of a BHAG is that the work to accomplish it keeps employees motivated and rowing in the same direction. But, much like Alexander Fleming didn’t set out to discover penicillin, even if BHAGs aren’t accomplished, the discoveries along the way can be invaluable.

Encourage big ideas and create an environment where failing to achieve them is ok. My first boss at Microsoft, Brad Chase, then Group Product Manager of MS-DOS, really drilled into me the idea that we should “take big swings.” When reviewing plans he always asked us, “What’s the really big idea?”

This approach led to some amazing stuff like the launch of the MS-DOS 5 upgrade, for which people camped on the sidewalk outside of Egghead Software in order to be first in line for the midnight sale. It also led to failures, like my ill-fated attempt to breed the software business with the book business. I tried to sell an “MS-DOS 6 Upgrade and DOS for Dummies” bundle at Barnes and Noble for $69.99. It failed fairly miserably and we were stuck with millions of dollars of inventory. Instead of firing me for my dumb idea — as might happen at many companies — Brad said, “Ok, that didn’t work out so well, but it was a big idea. What’s your next idea?”

It may be scary for company leaders to risk their best talent on a risk-filled start-up within their own company, but that’s exactly what they should do. If Reed Hastings hadn’t stacked the talent deck on “House of Cards” when Netflix’s Chief Content Officer, Ted Sarandos, came to him and pitched the idea of original content, the company might be headed in a radically different direction today. For a crazy idea to succeed, it needs to have the best talent.

So how do we continue to foster and encourage up-and-coming and future inventors to take the big swings? Sure, it starts with not helicoptering over your children, and zipping your lip and crossing your fingers when your two-year-old decides to take on the big kids’ slide. It also means not punishing their failures, but encouraging their effort and ability to jump back at it and try again. 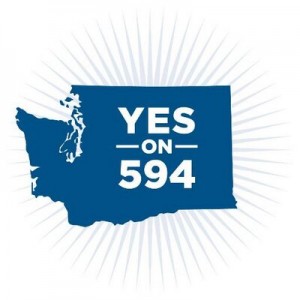